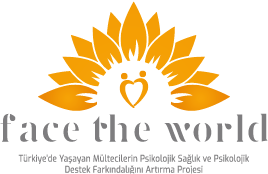 What is Peer Bullying?

It refers to cases where one or more children intentionally and continuously give a hard time to children whom they consider weaker and more vulnerable. It is a form of aggression.

Being rude to or hurting someone intentionally amounts to bullying.

Bullying can take place at school, on a playground, at home or on the Internet; anyone can be subject to bullying at any age.

It is bullying when someone shoves you, hits you, makes fun of you, forcibly seizes or damages your belongings, calls you names, ignores you deliberately, excludes you, or makes fun of you due to your differences!

It is not your fault if you are being bullied.

Sometimes we might be the target of such behaviours; we might be putting on a good face and keeping laughing with our friends, trying to conceal the fact that we got upset. However, we should learn how to distinguish between playing and bullying, and we should not allow bullying.

Bullies are aggressive. Trying to concede to and grant their wishes may not be the solution we seek.

Familiarizing ourselves with what bullying is and how to fight it is significantly important!

Bullying can occur in various forms:

Physical bullying is a type of bullying that involves behaviours such as hitting someone, damaging possessions belonging to others and hair pulling.

Verbal bullying involves behaviours such as swearing, threatening and assigning nicknames, as well as teasing about the physical features and appearance of the child (height, weight, clothing, glasses); mocking their manner of speaking or accent.

Social bullying involves behaviours such as ignoring a person’s presence, excluding someone from friend circles, a game or friendship, and spreading rumours about a person.

Friendships are of significant importance for every child. Attempting to influence relationships negatively, discriminating against someone, and making efforts to exclude someone from friend circles are improper and bullying behaviours.

Cyber bullying involves the acts of sending messages with defamatory statements to someone, posting pictures of a person online without permission, posting hurtful comments and disseminating fake news.

Bullying is a behaviour that affects friendships and our environment very adversely and harms us all.